by Stages in Faith 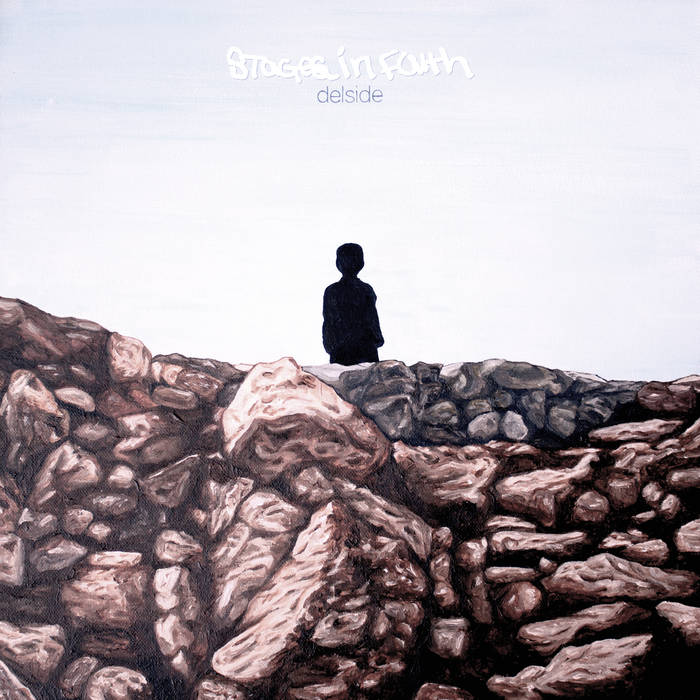 "Stylistically rare masterclass of melody and restraint from Stages in Faith on their debut LP for QCHQ and Advanced Perspective Records. This band inhabits the moments of departure and reflection that seems to have affected so many of the bands that worked on pulling hardcore out of the cataclysmic drilling directness of the explosion of punk, moving the formulaic into calculated musicianship and off centred splashes of colour and emotion. Sounding like a too hot high school summer under the umbrella of Government Issue, American Standard, All, Bad Religion, Quicksand, a rumour of Southern California hardcore, and a whiff of early pop punk. Standout!” Jonah Falco, Fucked Up / Career Suicide

Stages in Faith have been carefully crafting a post-hardcore sound in London since 2017, having learned their chops in UKHC bands such as Frame of Mind, Blind Authority, Mourning and Splitknuckle. After two 7" singles and tours with Fiddlehead and Glitterer, Stages in Faith are ready for the format they were meant to be on with their Delside LP.

To celebrate their tour with Glitterer, Stages in Faith released the song 'Sprezzatura' from their Delside LP as a music video here:
www.youtube.com/watch?v=acqMFJmFDIA
It has been directed by the talented Giulia Mucci.

A home for UKHC and friends. DIY. Only good looking releases. Accept no imitations.

Bandcamp Daily  your guide to the world of Bandcamp